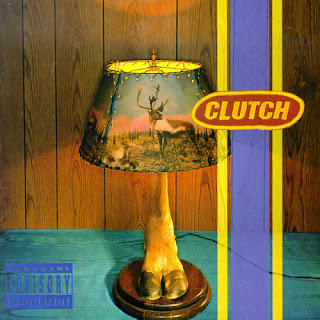 "Jesse James couldn't even handle it, started looking at me like I was Sanskrit"

Before becoming the fun loving blues metal/hard rock poets that Clutch has made themselves, they were a lot sludgier and aggressive, but the band's lengthy titled debut of Transnational Speedway League: Anthems, Anecdotes, and Undeniable Truths is still 100% Clutch.

This is some of the most intense and exuberant sludgy sounding metal I've ever heard, with songs like A Shogun Named Marcus and Rats screaming with aggression, speed, and personality. Binge and Purge takes a more doom quality, before having an explosive climax with lines of "Come on motherfucker, come on motherfucker, let's throw down" which may be the most angry the band's ever been. (Though the delivery of "RRRAAAAATTTS" in the aforementioned Rats is pretty balls-out crushing too) Some songs take a more post-hardcore sounding sludge sound, like Earthworm and Heirloom 13, these sound like nothing else the band's done, but fit in well and it's cool hearing Clutch master such a different style.

Clutch are already masters of personality and songwriting, and Neil Fallon already a lyrical wordsmith. He's said in interviews that he writes lyrics for a song and a melody, rather for them to really have to mean anything beyond being a part of the song. Underworld does similar in the techno world, and I love both bands doing it. It brings some of the best and most creative lyrics and songwriting out there. A rampaging opener like A Shogun Named Marcus is made both relentlessly aggressive with the music and a lot of fun with an infectious chorus. The grungy groove of Walking in the Great Shining Path of Monster Trucks is made even better with fantastic lines like "Well I crashed a Cadillac through the Gates Of Hell and returned with a Fistful Of Dollars" and "Jesse James couldn't even handle it, started looking at me like I was Sanskrit". They're a huge inspiration to me as a lyricist.

Despite being different musically and overall more intense, Clutch's debut is still completely a Clutch album. It would just take a bit of a switch in sound to arrive to where they are now, because the band's personality and pure songwriting talent is all here.
Posted by Unitron at 02:29 No comments: 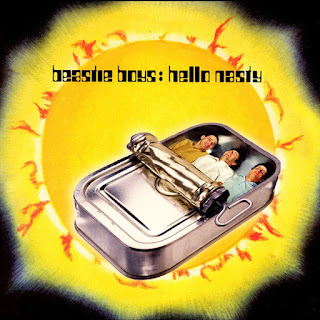 Hello Nasty is a bit of a grower, but once it hit, it hit. One of the best of both the B-boy's and hip hop as a whole.
Posted by Unitron at 02:24 No comments: