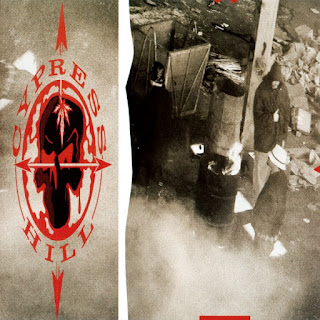 While Cypress Hill's debut lacks the ominous atmospheres that they would become known for, the band still already had a unique sound of their own. It's funky, not unlike a lot of hip hop at the time, but DJ Muggs is a master sampler which creates a really busy sound. B-Real and Sen Dog both have really unique voices, that I haven't quite heard elsewhere. B-Real's nasally and cocky delivery is filled to the brim with personality, and he can make gangsta lyricism fun as all hell. Sen Dog contrasts with an incredibly low and strained style, and the two play off of one another really well.

How I Could Just Kill a Man is a classic for a reason, but that's just the beginning of how many bops are on here. Light Another, The Phuncky Feel One, and The Funky Cypress Hill Shit are so damn funky that they immediately get your body movin'. Along with the aforementioned How I Could, Hand on the Pump and Hole in the Head are other songs that sound like a more upbeat version of followup Black Sunday.

While not quite the perfection of Black Sunday, Cypress Hill's s/t is a very close second and an essential hip hop classic.

https://rateyourmusic.com/collection/Unitron/rating110404610
Posted by Unitron at 20:19 No comments: 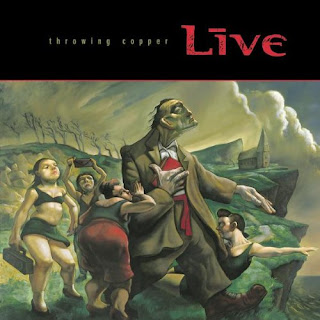 Every time there's a popular music scene, other bands popular at the time end up getting lumped in even if they didn't quite fit. Live is one such band, who is often lumped in with grunge acts. While they can get pretty heavy, the closest they get to a real metallic grunge riff is during the bridge of single All Over You.

I've always imagined and described Live as R.E.M. if they had hard rock in their sound. Is it a coincidence that R.E.M.'s Monster of the same year has a bit of a hard rock influence? Who knows, maybe they heard this album and were inspired.

Throwing Copper was Live's breakthrough album, and it's real easy to hear why. Rarely a weak moment, these guys are master songwriters, every song on here is memorable in at least some way. Ed Kowalczyk's powerful and unique voice is definitely a defining feature, and his lyrics are a nice blend of vague spiritual themes and stream-of-consciousness (Think the lyricism of bands like Underworld).

The singles (Selling the Drama, I Alone, Lightning Crashes, All Over You) are all fantastic and well-deserving of their popularity, but deeper cuts from the second half like Shit Towne, T.B.D., Stage, and White, Discussion are among my favorites as well. Shit Towne should be an alt-rock classic, with a great hook that'll stick with you for days. Patrick Dahlheimer plays some great bass in the mellow T.B.D. before it crescendos and the semi-funky White, Discussion. Stage is maybe the song that sticks out the most, fast and heavy, it kind of reminds me of an alt-rock version of W.A.S.P.

https://rateyourmusic.com/collection/Unitron/rating82034789
Posted by Unitron at 21:27 No comments: